Patchwork or high integration? Ways to handle the complexity of future wiring systems

The world is talking about electric cars. And indeed: In January 2020, battery electric vehicles and plug-in hybrids achieved a market share of 6.5 percent according to the Federal Motor Transport Authority in Germany. As a result, high-voltage systems are taking up a large part of the discussion about the vehicle’s electrical system of the future. This neglects how important the 12-volt vehicle electrical system will remain in the future and how urgently innovative ideas are needed for this voltage level. After all, the number of functions in future vehicles will continue to increase, even independently of the powertrain. Those who fail to manage the resulting complexity will not be able to meet the high-quality requirements of the market.

To differentiate suitable from unsuitable solution paths, we from intedis – as a joint venture of the wiring system specialist LEONI and the electronics supplier Hella – recently conducted an extensive study. This involved initially investigating 34 possible E/E architectures for vehicles in the medium and luxury classes concerning their future viability. These architectures are derived from vehicle benchmarks of existing vehicles, publications by manufacturers and suppliers as well as our ideas with the potential for market entry. There were three decisive factors that we defined: Firstly, the architecture had to be fundamentally capable of providing robust power supply. Using a simulation model that takes into account the power consumption of all consumers, extreme situations such as a cold start or a short circuit to ground were simulated with a large number of consumers switched on. Secondly, the potential effects of individual faults were examined based on a fault tree analysis. Thirdly, we analyzed the functional realization on a logical level. Incidentally, about half of all theoretically possible wiring system architectures did not survive this selection process.

Three reaction patterns to the increasing complexity in the vehicle

Those architectures that can be regarded as fundamentally sustainable were then examined more closely: How can the energy management functions be distributed as cleverly as possible among the energy management components? Three approaches became apparent. The solutions that are closest to the present day are those that essentially map additional functions via additional hardware resulting in relatively few functions per hardware unit. This is a supposedly risk-averse approach because it allows a high variance of models and equipment variants and the continued use of existing components. Nevertheless, this approach is not risk-free, because the complexity is inherent in the overall system and therefore requires a high degree of integration competence from the OEMs. On the opposite side of the spectrum is the idea of achieving the greatest possible functional integration and, in extreme cases, requiring only a few components in order to cover the complete product range – including 48-volt and high-voltage subsystems. In this case, the entire complexity migrates to the components, which on the one hand should simplify integration and validation at vehicle level, but on the other hand also represents an increased risk of failure for the OEM.

Most premium car manufacturers, therefore, take a third, more evolutionary path. It is characterized by the fact that already complex components are largely standardized, a procedure that makes sense because the development effort for high-voltage components, for example, is significantly higher than for components at low voltage levels. On the other hand, a clear OEM and vehicle-specific design is possible at the 12-volt level, whereby a particularly high number of functions are allocated to the power distribution. A wide model range also requires a high degree of variance here, which must be reflected in the central power distribution components. The results of this analysis are shown below in a very compressed form; for different architectures, the energy management functions were distributed to the resulting components according to these three approaches and functional contents were presented for each component.

Functional contents of energy management components in different architectures according to a risk-averse, an evolutionary and a maximum-integrating approach

In the discussion with LEONI’s wiring system specialists, we agreed: in our opinion, the implementation of such an evolutionary architectural approach in a real vehicle should take place in two stages: All consumers that are relevant to driving dynamics, such as brakes and steering, but also all high-load consumers must be protected purely electronically. In this way, the requirements for the Automotive Safety Integrity Level (ASIL) according to ISO 26262 can be achieved. This should be done directly in a pre-fuse box, a second level then takes over the power distribution for all other consumers; it is coupled with the first level in such a way that freedom from interference in the wiring system is ensured. The components required for such intelligent power management can be made available by LEONI at short notice as a functional prototype. 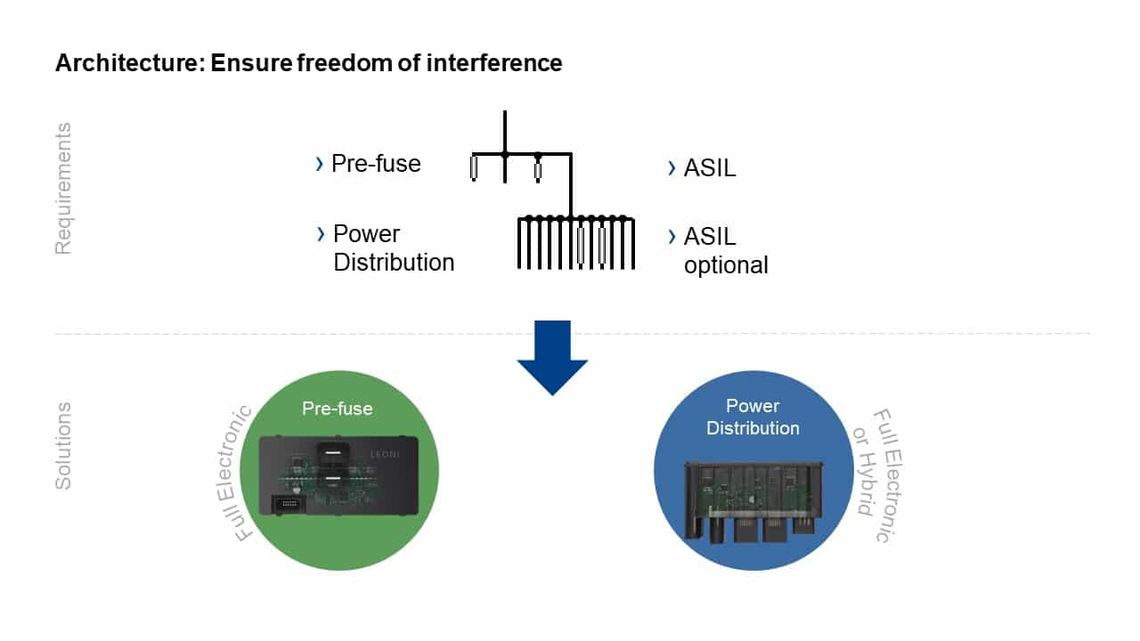 I am convinced that all the prerequisites are already in place today to bring future-proof wiring system architectures onto the road. The one-to-one packaging of new components in order to implement new functions does not do justice to the increasing complexity, nor does a complete shift of complexity into the components and thus to the suppliers. Therefore, it makes sense to set out together and look for a solution that is suitable for the respective application. One opportunity for this is provided by the International Congress on “Wiring Systems in Automobiles”, at which Lars Nilsson of LEONI and I will be giving a presentation on this topic in September 2020. 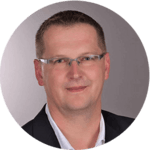