The voltage is increasing: What opportunities and risks will 48 volt wiring systems provide?

Less is often more. 48 volt technology appeared under this slogan for the first time about two years ago. “Less” refers both to the significantly lowered voltage compared to classic full hybrids as well as the lower costs. The lower costs result largely from the fact that touch protection according to international standards is required only for voltages above 60 volts. The “more”, on the other hand, points to the gain compared to combustion engines, which work with a classic 12 volt wiring system. Systems with a starter generator and 48 volt battery allow a higher recuperation rate of brake energy and improve the energy efficiency by electromotive support of the powertrain. In addition, the increase in output can be used to supply electrical consumers that have a very high energy demand – for example, an electric turbocharger or an adjustable stabilizer bar. We know from customer projects that in the coming decade mild hybrid vehicles with 48 volt wiring systems will achieve high market shares and thus should contribute significantly to fleet emission targets.

First mild hybrid vehicles with a 48-volt wiring system, such as the Audi A8, are already on the market

Electric arcs can turn into an acute safety hazard

As a system partner for the development and production of wiring systems, we are keeping an eye on the next stages of development of 48 volt technology – which are defined in particular by increasing electrical power. The first generation, which is already on the market, takes a back seat with a maximum power of around 12 kilowatts, with which significant efficiency gains are already possible. However, series development projects with outputs of up to 25 kilowatts are already foreseeable. At the IAA (International Motor Show Germany), several suppliers have already announced outputs of 30 to 40 kilowatts in conjunction with the idea of combining two drive motors and therefore making a purely electric vehicle based on 48 volts possible. From the perspective of a wiring systems specialist, this simply means first of all: The amperage and thereby the conductor cross section will rise with the increased output. The conductor cross section turns out, however, to be significantly smaller than in a 12 volt wiring system. A cable that can transmit ten kilowatts of power at 12 volts, would have a cross-section area of more than 250 mm2. At 48 volts, it is only around 70 mm2, depending on the ambient temperature.

Nevertheless, the increasing outputs – and possibly a higher number of electrical consumers in the 48 volt wiring system – mean that we at LEONI are paying close attention to a second aspect: protection, namely over and above a short circuit, which is to be avoided in any case. Two additional types of errors should be taken into account as well: On the one hand, arcing in general occurs at voltages above around 16 volts, when a circuit under load is opened. The open conductor ends behave like the electrodes in the physics experiments that presumably every electrical engineer still remembers from school. If such an arc occurs in a vehicle, this can cause a fire in the worst case scenario.

Electric arcs can turn into an acute safety hazard with the introduction of a 48-volt wiring system.

Whether an arc might occur between open conductor ends depends primarily on their distance from one another as well as on the electrical output. With a completely realistic load power consumption of 2,400 watts in a 48 volt wiring system, an arc may still occur at electrode distances of more than 6 mm. A series of measures on connectors and relays can counteract the causes of an arcing – perhaps by unintentionally unplugging a connector on a live wire. But even with a perfect constructional design of all individual components, for example, with regard to the exact compliance of minimum distances in the connectors, it must be assumed that arcing can occur due to damage. Having systems in place for detecting and controlling arcing is therefore recommended.

From a LEONI perspective, a semiconductor-based power distribution represents a good solution, such as we offer with the intelligent power distribution unit developed for 48 volts. This unit ensures safe detection of voltage drops as well as the deactivation of affected circuits.

In addition, however, arcing between conductors connected in parallel is to be prevented, possibly by an increased mechanical protection, in other words, an enhanced sheathing. 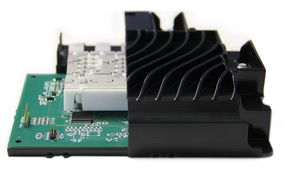 Instead of “less is more”, my slogan for a 48 volt wiring system is therefore “safe is safe”, namely not only for new vehicles that are just leaving the production hall but for the complete life of the car as well. I am therefore looking forward to any discussion where we can bring our ideas about a safe 48 volt wiring system. 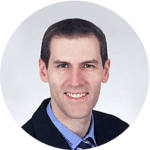