Developers always have to think a few years ahead. In the case of wiring systems, we see that the ever-rising data volumes required for automated and networked driving call for completely new E/E architectures. In addition to intelligent architecture concepts and high-performance computers, there is also a need for cables and connectors that can provide the corresponding bandwidth.

At Leoni, we are already at work on suitable solutions to many of the challenges inherent in future wiring systems. For example, we are working on new simulation methods to accelerate the design of wiring systems, intelligent power distributors for greater voltage stability and availability, and – together with Valeo – high-performance zone computers. Over the past three years, we have been collaborating with our partner Rosenberger to develop a new generation of data connectors with much higher bandwidth. With these connectors, automotive manufacturers will be able to implement zone architectures step by step in the future, based on existing architectures. 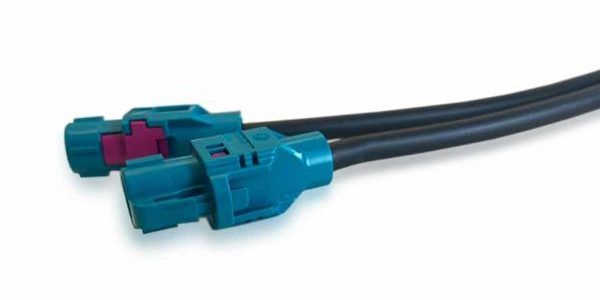 Leoni and Rosenberger develop cables and connectors for the challenges of tomorrow.

But why is there such a demand for zone architectures? The answer is quite simple: existing wiring system designs have reached their limits in terms of size, weight, price, and complexity. The ever-increasing number of sensors, actuators, and software-based functions involved in automated and autonomous driving, for example, demands a radically different engineering approach. Key factors include multifunctionality, modularity, and ensuring sufficient system resources for future updates and expansions.

The zone architecture will be more manageable than today's architectures, but requires data lines with much greater bandwidth.

In zone architecture, a small number of high-performance computers form the “brain” of the vehicle, where all essential computing tasks and decisions take place. Several zone computers are grouped around this brain and perform subordinate tasks on the periphery: for example, they handle power distribution within their zone, collect all the data from the sensor system, and send that data to the high-performance computers in a bundled and time-structured fashion. Calculations show that zone architectures are more powerful and flexible, while remaining up to 20% lighter than today’s wiring system architectures. This weight reduction is achieved by replacing most direct physical connections between sensors and computers with bundled data transmission via zone computers.

While this sounds logical in theory, it has a number of consequences in practice. One is the automotive manufacturers’ desire for a smooth transition to zone architectures, which presupposes that the new networks and electronic components will be standardized and backward compatible with today’s architectures.

Secondly, transporting data from several sensors bundled in one line to the central computer requires very high bandwidth. We have calculated that the bandwidth between a zone computer and a central computer should be at least 25 Gbit/s to ensure latency-free data transmission. Up to 50 Gbit/s bandwidth may be required very quickly between two central computers.

Wiring systems must be more powerful

Existing wiring system structures can collect data traffic primarily from the Body and Comfort domains in a zone computer, and forward it in a bundle to the central computer. More complex and safety-critical functionalities, such as retention systems and vehicle dynamics control, must still bypass the zone computer and be connected directly to the central computer in separate cable harnesses. Current cable connection bandwidths only allow the transmission of raw image data from two cameras. Given these limitations, converting today’s architectures to a zone layout rarely achieves the desired cost-benefit balance. The unavoidably high data rates required are possible, however, with the already widely-used automotive Ethernet. Powerful processors for the central computers and zone computers are also available. The only things still missing are the appropriate physical connections between the electronic components.

Leoni and Rosenberger: The right approach

This is where the collaborative project launched by Leoni and Rosenberger three years ago comes in. The project’s goal is to develop connectors and cables that provide sufficient bandwidth to enable the bunding of environmental data from many sensors and cameras, and the reliable, latency-free transmission of that data to the central high-performance computers. The new connectors will also be standardized and compatible with previous systems. This will allow the gradual conversion of conventional E/E architecture elements to a zone layout.

The project is structured so that Leoni mainly works on defining and specifying requirements from a wiring system developer’s perspective, while Rosenberger focuses on development of the connectors. An entire range of connectors and cable combinations is planned for high-performance total systems in a variety of applications.

The first samples are already available and are currently being subjected to extensive stress tests for aspects such as durability, aging, flexural strength, vibration, etc. This is essential given that the cables and connectors will be used in harsh environments such as doors, bumpers, and engine compartments.

Some things are settled, others are still in progress

The requirement for backward compatibility means a continued reliance on copper as a transmission medium and the use of a neutral solution for transmission protocols, despite an industry preference for Ethernet. Copper is by no means an outdated material; actually, it is quite the opposite. In our view, it can be used to achieve bandwidths of far more than 50 Gbit/s, it performs well in sustainability analyses, and – unlike optical fibers – it does not require any great effort to ensure backward compatibility.

With regard to cable types, no clear preferences have emerged yet from the cable property tests. Shielded twisted pair, shielded differential pair, or shielded parallel pair cables are practical solutions for situations requiring the connection of short sections and a high degree of automation. Coaxial cables should be considered for high-performance requirements and longer cable lengths, such as those found in trucks. These are associated with higher costs, however, and can be installed only separately. Ultimately, the selection of a cable type will always depend on its intended use. Different cable variants may well be used within the same wiring system.

While the cable and connector variants that have been developed function well with many electrical phenomena, more in-depth research and testing is required to establish electromagnetic compatibility in actual vehicles, as well as for some mechanical properties. As project managers, it is important to us that the automated manufacture of cables and connectors, as well as their automated installation, are properly taken into account in the new generation of broadband Ethernet networks.

Within just a few years, cables and connectors are expected to be available for a wide range of architecture variants.

The roadmap is in place

The first connectors and cables from the Leoni-Rosenberger development collaboration could be used in serial production projects starting in 2027. The accompanying standards must be defined before then, however, so that chipset manufacturers can design their products accordingly. It appears realistic that the connectors and cables produced by Leoni and Rosenberger will play an important role from 2027/8, when the second generation of zone architectures goes into serial production. In any case, Leoni has significantly expanded its architecture design know-how in this project, which will enable the company to work with customers to design high-bandwidth, tailor-made zone architectures for tomorrow’s needs.

You can learn more about this on June 21, 2022 at the 10th International Conference Automotive Wire Harness in Ludwigsburg, where Johannes Schmid and I will share more insights about the joint development project in our presentation. 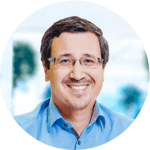